It’s easy for me to forget America has changed. I get up every day, drive around Portland, make plumbing and electrical repairs and feel like a completely respected member of the community. Today I interacted with a glass contractor, tow truck driver, galvanized pipe vendor and numerous other people, including a random man who tapped on my passenger window as I ate lunch and courteously requested I be careful of his vehicle when I moved my truck later. Like usual, never once was I made to feel socially slighted or uncomfortable as a White American.

Contrast that with my wife’s daily experience as a Black American. In the days since Donald Trump’s election, she’s dealt with increased blatant racism, from being called the worst racial epithets or told to “go back home” in public. That plus many more negative experiences, such as customers at her job who would rather wait for a White clerk than be served by her. Over time, that kind of treatment can really grind a person’s humanity down. 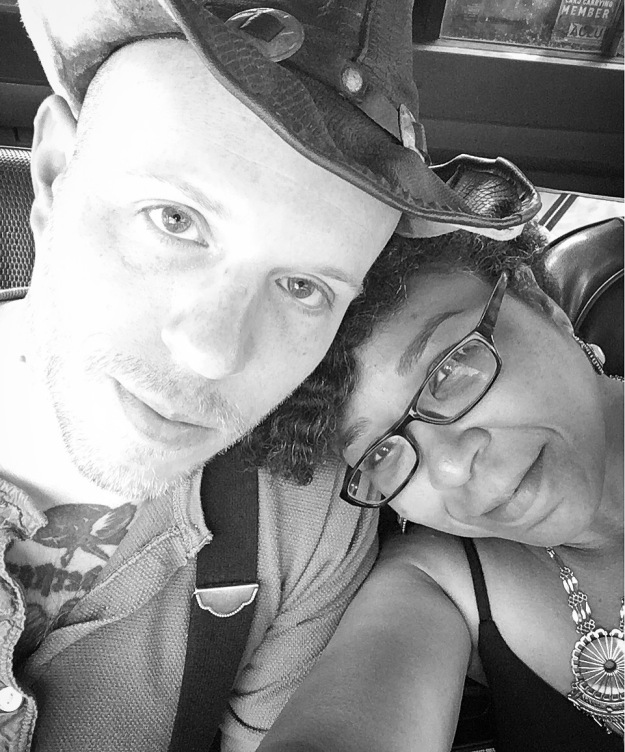 But it’s not just day-to-day respect I enjoy. Over the last eleven or so years, I’ve actively promoted and conducted firearms training, primarily among marginalized groups with a leftist slant. It has all occurred in the open and often documented by this weblog or my former ‘zine, American Gun Culture Report. For example, there’s an old OCCUPY photo of me holding some socially subversive placard, with an AK-47 slung over my shoulder. In other words, my social message could be interpreted as: “Here I am, status quo, I’m striving to bring about your downfall while armed to the teeth!”

Yet in all that time, I’ve never faced significant social sanction beyond the odd email or forgettable internet comment. Now, while my activities have certainly been more small scale than, for instance, Black Lives Matter, recall the massive backlash against that group and other Black Americans who organized in response to unjustified police shootings and State Sponsored Terrorism in Ferguson, Missouri.

What is the definition of modern American privilege? It’s me. Despite virtually all sensational mass shootings in the US being carried out by White men with a grudge against society, I still get a free pass to criticize with my rifle at the ready. Even when facing repressions that some might imagine only exist in the most distant, corrupt corners of the world, Black Americans are frowned upon over everything from minor rioting, to peaceful protests or even objecting when strangers touch their hair.

(above) a sample socially subversive placard

What can White Americans do in this age when action against vulnerable communities becomes increasingly acceptable? First of all, don’t be a privilege denier. It doesn’t hurt to acknowledge that worldwide, people receive better treatment based on skin color. That’s just a social reality. Next? Resist by every means possible. My own privilege has many times put me in positions to call out injustice. Determine appropriate times for the soap box, ballot box and cartridge box, then use them accordingly.

Seasoned 2nd Amendment advocates can be even more valuable. Right now many people have become first time firearm owners, alarmed by the wave of violence against people of color and others. Most would benefit from training and instruction. Be an armed ally, for those who can’t with such ease. Take new folks out to the range and teach the safety and skills they need.

But most of all in this coming era, don’t be silent. Don’t be a bystander. Take agency no matter what. Never let neutrality melt into complicity.

5 thoughts on “The Armed Face of Privilege”